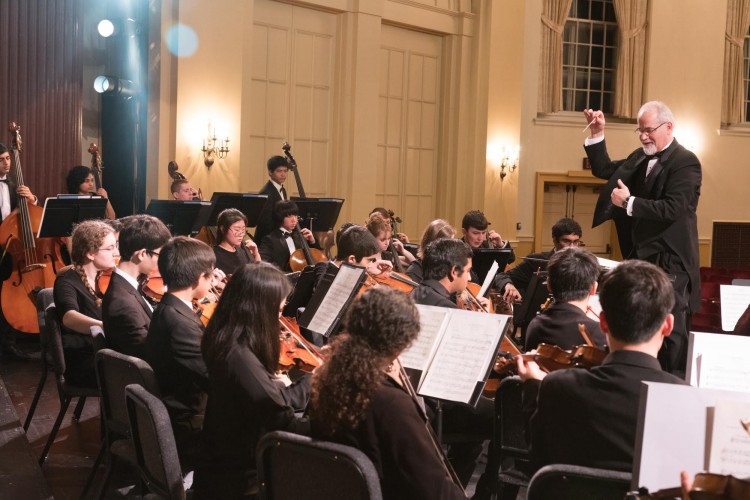 The Youth Orchestra of Central Jersey was founded in 1978 by the late Portia Sonnenfeld as a preparatory orchestra for the Mercer County Symphony Orchestra (now called the Greater Princeton Youth Orchestra). Ms. Sonnenfeld shaped the ensemble into a group capable of performing the standard orchestra literature and 20th century works. It then grew to encompass two string orchestras and a wind ensemble, and became known as the String Preparatory Orchestra. In 1999, with increased enrollment, the orchestra was incorporated under the name “Youth Orchestra of Central Jersey.”

Unique to the Youth Orchestra of Central Jersey are its chamber groups for flute, saxophone, brass, woodwinds, and percussion that offer an unparalleled opportunity for small ensembles that feature these instruments in performance. YOCJ Jersey is a growing, vibrant organization that looks forward to carrying on the tradition of providing diverse musical experiences to the talented young musicians of our region.