JOHN GRILLO became interested in music while attending public school in the town of Oceanside, Long Island, NY, where there was a fantastic music program. He began taking private lessons in middle school. John currently plays in several ensembles and enjoys performing many facets of classical music: symphony, chamber orchestra, and opera. Since 2007, he has been a contributor, co-host, and recording artist for the podcast Contrabassconversations.com. His instrument of choice is a modern copy of a Giovanni Battista Grancino.

John attended the Juilliard School Pre-College Division and Indiana University School of Music in Bloomington, IN, where he studied with Lawrence Hurst. After graduating from IU, he attended the Manhattan School of Music and completed his master’s degree. John has performed with the New World Symphony, the Philadelphia Orchestra, New Jersey Symphony, Boston Symphony Orchestra, Pittsburgh Opera, Lancaster Symphony, Philly Pops, Pennsylvania Ballet, Memphis Symphony, and the Sarasota Opera, as well as at the Tanglewood Music Center and in festivals around the world. John currently teaches privately in the Philadelphia area. When he’s not teaching or performing, he spends time with his two beautiful daughters, Olivia and Emma, and his lovely wife Elizabeth, with whom he enjoys cooking and drinking wine. 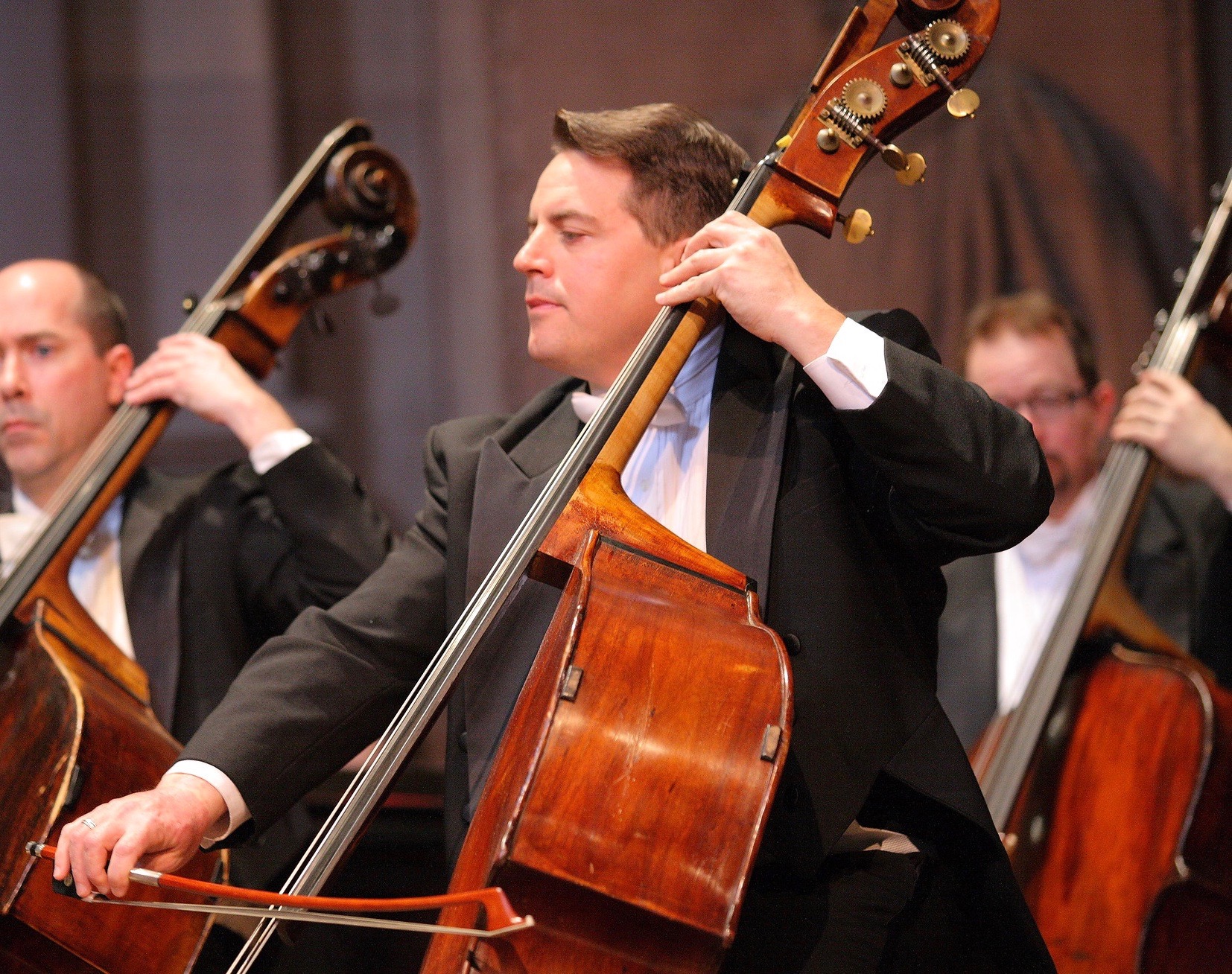