Ferrández Returns to Play Dvořák with the PSO 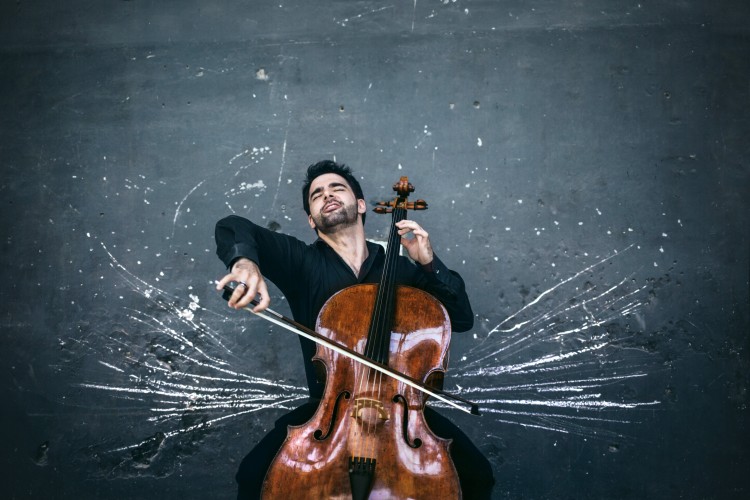 Maestro Milanov says, “I am so looking forward to welcoming audiences back to our acoustically spectacular musical home—Richardson Auditorium—and to share the stage with the brilliant musician and our friend, the cellist Pablo Ferrández in Dvořák’s beloved concerto.”

Prizewinner at the XV International Tchaikovsky Competition and SONY Classical exclusive artist, Pablo Ferrández announces himself as a musician of stature. A captivating performer, “Ferrández has the lot: technique, mettle, spirit, authority as a soloist, expressivity and charm” (El Pais). In March 2021, he released his debut album under SONY Classical, “Reflections,” which explores his musical roots and the unexpected similarities between Russian and Spanish music at the beginning of the 20th century. The album has been highly acclaimed by critics, and earned him the Opus Klassik Award 2021 in the category of “Young Artist of the Year.” Recent highlights include debuts at the Hollywood Bowl with Los Angeles Philharmonic under Gustavo Dudamel, with Bayersichen Rundfunk Symphony Orchestra under Daniele Gatti, performances of the Brahms Double Concerto and Beethoven Triple Concerto with Anne-Sophie Mutter, and appearances with the London Philharmonic, Israel Philharmonic, Rotterdam Philharmonic, Vienna Symphony, and Orchestre National de France, among others.

James Lee III’s Amer’ican offers an alternative perspective on Dvořák’s “New World” Symphony. A passionate staple of the cello repertoire, Dvořák’s Concerto is a showcase piece for the virtuosic artist. Stravinsky extracted his Firebird Suite from his original score for The Firebird, a ballet commissioned by impresario and Ballets Russes founder Sergei Diaghilev.

Both concerts take place at the orchestra’s home venue of Richardson Auditorium, on the campus of Princeton University. All attendees are required to wear masks at all times while inside the building, be fully vaccinated for COVID-19, and must have received boosters, if eligible.

Tickets for the March 5 and 6 performances at Richardson Auditorium start at $20, youth (ages 5-17) are half price, and may be ordered through the Princeton Symphony Orchestra website at princetonsymphony.org or by calling 609-497-0020.

Health and Safety
Along with adhering to the New Jersey Department of Health's COVID-19 guidelines, the Princeton Symphony Orchestra is working closely with our venues to ensure your safety and comfort. Princeton University has a strict visitor policy in place. There will be a vaccination plus booster requirement with no exceptions. For details and to keep up to date with the most recent COVID safety requirements, please visit our Health & Safety website page.