Susan Van Dongen for US-1 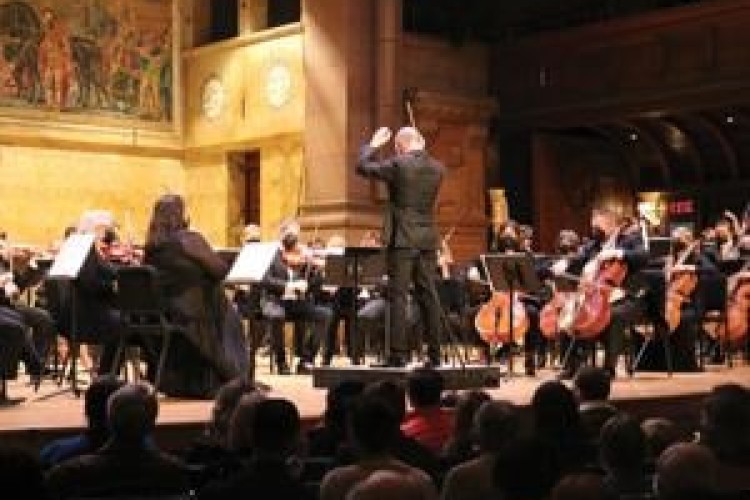 Something completely different happened at the Princeton Symphony Orchestra's season opening concert Saturday night, September 10: we were all invited by PSO conductor Rossen Milanov to bounce in our seats.

Milanov added that he would probably be bouncing on the podium as well.

That was the joyful effect of the evening's program, titled 'Fandango' and dedicated to the sounds of Spain. Milanov mentioned that he had lived in Spain for many years, fell in love with the culture, and had been wanting to put together such a program for a while.

Get ready for the fabulous melodies and dance rhythms of Mexican composer Arturo Márquez’ Fandango violin...