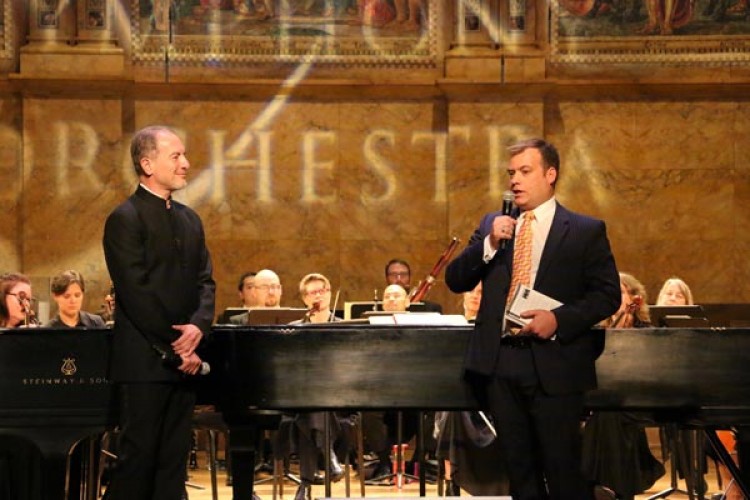 On Sunday, September 22, the Princeton Symphony Orchestra (PSO) saluted ten years with Maestro Rossen Milanov at the helm by announcing the public phase of The Next 10! - a campaign celebrating Milanov’s 10th anniversary while building a dynamic future for the orchestra. Funds raised through the campaign will support the PSO’s current and future initiatives as it continues to move forward as an integral, innovative presence on Princeton’s arts scene.

Taking the stage prior to the concert, PSO Executive Director Marc Uys and Maestro Rossen Milanov announced the Campaign’s goal to raise more than $3,000,000. Uys recognized Milanov’s contribution to the standing of the PSO in the industry and in the community, and described the current campaign as a way to honor him by looking to the future, saying, “I hope all PSO patrons will unite in support of Maestro Milanov’s vision with a gift to The Next 10! Campaign.”

Make a Gift Today We are proud to announce The Next 10!, the $3,000,000+ campaign for the Princeton Symphony Orchestra (PSO) to strengthen our endowment and increase access for...