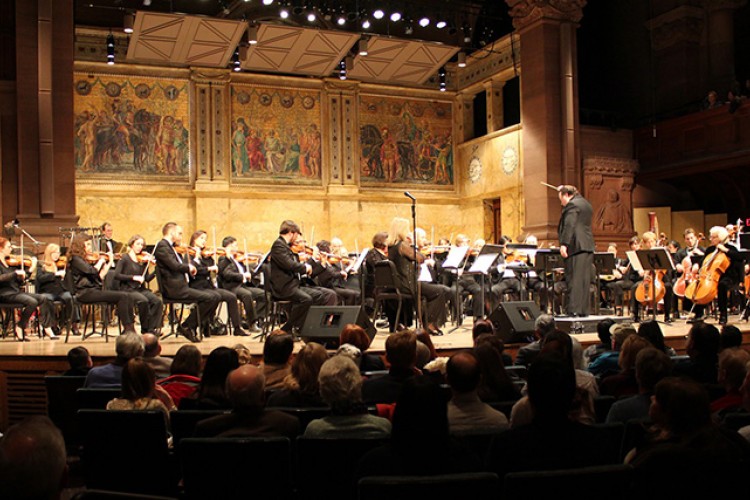 Two of Princeton’s major cultural organizations are collaborating on a new series that will combine elements of musical theater with live orchestral concerts of popular and light classical works. A co-production of the Princeton Symphony Orchestra (PSO) and McCarter Theatre Center, Princeton POPS means a larger venue and more concerts for the PSO, while bringing musical theater back to the forefront for McCarter.

The series begins Friday, November 8 with a concert featuring Broadway and television star Sutton Foster. It continues January 31 with a staged reading of the new musical comedy The Big Time, and concludes May 9 with The Art of the Movie Score, conducted by PSO music director Rossen Milanov.

The Princeton Symphony Orchestra and McCarter Theatre Center are excited to present PRINCETON POPS - a new series of entertainment-filled evenings featuring the thrill of live...