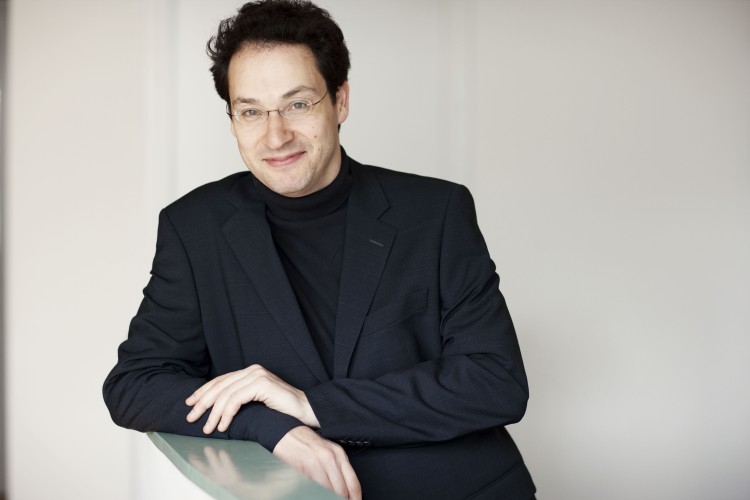 Pianist Shai Wosner has attracted international recognition for his exceptional artistry, musical integrity, and creative insight. He is resident artist of Peoples’ Symphony Concerts (PSC) from 2020 to 2023. Among the works he performs in 2021-22 is a new PSC commission, Variations on a Theme of FDR. In spring 2022, he curates and launches a new annual festival at Bard College Conservatory of Music, where he was recently named to the piano faculty. In addition to his performance with the PSO, Mr. Wosner’s 2021–22 season includes Beethoven’s “Emperor” Concerto with the Jerusalem Symphony and at the Metropolitan Museum of Art with The Orchestra Now, a week-long residency at the San Francisco Conservatory of Music, plus concerts with the Chamber Music Society of Lincoln Center, the East Coast Chamber Orchestra, the Albany Symphony, and performances around the U.S. as part of the Zukerman Trio with violinist Pinchas Zukerman and cellist Amanda Forsyth. Mr. Wosner records for Onyx Classics. He is a recipient of Lincoln Center’s Martin E. Segal Award, an Avery Fisher Career Grant, and a Borletti-Buitoni Trust Award. Born in Israel, he enjoyed a broad musical education from a very early age, studying piano with Opher Brayer and Emanuel Krasovsky, as well as composition, theory, and improvisation with André Hajdu. He later studied at The Juilliard School with Emanuel Ax.

Mr. Wosner first performed with the PSO in November 2017, when he played Mozart’s Piano Concerto No. 12, K. 414. He is sure to delight fans once again with his virtuosic playing of Mozart’s grand No. 15, considered by some to be the composer’s most technically challenging.

Also on the program are composer Evan Williams’ The Dream Deferred, inspired by the Langston Hughes poem “Harlem,” and Schubert’s quite thrillingly vital “Tragic” Symphony.

Tickets for the concert at McCarter Theatre Center’s Matthews Theatre range from $25-$90 for adults and half-price for youths 7-17, and may be ordered through the Princeton Symphony Orchestra website at princetonsymphony.org or by calling the McCarter box office at 609-258-2787.

The Princeton Symphony Orchestra (PSO) is a cultural centerpiece of the Princeton community and one of New Jersey’s finest music organizations, a position established through performances of beloved masterworks, innovative music by living composers, and an extensive network of educational programs offered to area students free of charge. Led by Edward T. Cone Music Director Rossen Milanov, the PSO presents orchestral, pops, and chamber music programs of the highest artistic quality, supported by lectures and related events that supplement the concert experience. Its flagship summer program the Princeton Festival brings an array of performing arts and artists to Princeton during multiple weeks in June. Through PSO BRAVO!, the orchestra produces wide-reaching and impactful education programs in partnership with local schools and arts organizations that culminate in students attending a live orchestral performance. The PSO receives considerable support from the Princeton community and the New Jersey State Council on the Arts, regularly garnering NJSCA’s highest honor. Recognition of engaging residencies and concerts has come from the National Endowment for the Arts, and the PSO’s commitment to new music has been acknowledged with an ASCAP Award for Adventurous Programming and a Copland Fund Award. The only independent, professional orchestra to make its home in Princeton, the PSO performs at historic Richardson Auditorium on the campus of Princeton University.