World Premiere of Beauty and the Beast 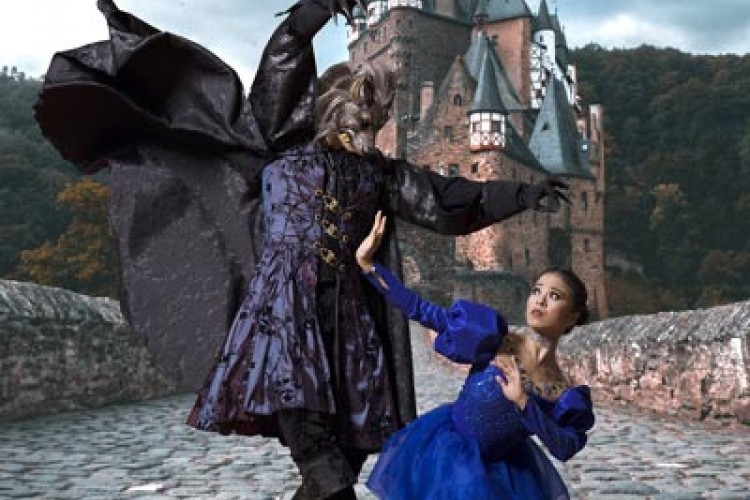 (NEW BRUNSWICK, NJ) -- State Theatre New Jersey presents the world premiere of Beauty and the Beast performed by American Repertory Ballet on Friday, May 10, 2019 at 8:00pm. Choreographed by American Repertory Ballet’s resident choreographer, Kirk Peterson. This full-length ballet is set to music by Tchaikovsky which will be played live by the Princeton Symphony Orchestra, conducted by Nell Flanders. Tickets range from $35-$65.

Kirk Peterson's new ballet, Beauty and the Beast, is an imaginative interpretation of the original French story La Belle et La Bête (Beauty and the Beast) by Gabrielle-Suzanne de Villeneuve, first published in 1740. Peterson also credits the 1946 French film of the same title by French filmmaker Jean Cocteau as an inspiration for this production.

“I first saw the Cocteau film years ago, and the impact of that film immediately made me think that this could be a ballet,” says Peterson.

“The film’s approach to the story is fantastical, surreal and imaginative and it is that atmosphere that I set out to recreate in the ballet.” With spectacular original sets, lavish new costumes, and the Princeton Symphony Orchestra playing Tchaikovsky's magnificent music, Beauty and the Beast will transport audiences to the enchanted world of the fairy tale. Leading the cast will be ARB company members Nanako Yamamoto as Belle and Journy Wilkes-Davis as the Beast.

One of the beloved stories of all-time, Beauty and the Beast tells the story of a handsome prince who falls under a spell of an enchantress and is transformed into a hideous Beast. He will remain a Beast until he finds love and the spell is lifted. That someone, of course, is Belle, who sees the beauty inside of him.

“Tchaikovsky’s brilliantly colorful orchestral music brings the fairy tale to life, immersing listeners in a magical world filled with drama, passion, and wonder,” says Nell Flanders. “Bringing together the incredible talents of the musicians of the Princeton Symphony Orchestra with those of the American Repertory Ballet company is a thrilling collaboration.”

Kirk Peterson had a long and distinguished career with American Ballet Theatre and San Francisco Ballet. He was also a principal dancer with London Festival Ballet, Harkness Ballet, and the National Ballet of Washington. Peterson served as Artistic Director of the Hartford Ballet for five years. As a choreographer, his work has been seen with San Francisco Ballet, Pacific Northwest Ballet, Pennsylvania Ballet, Washington Ballet, Cincinnati Ballet, Atlanta Ballet, BalletMet, San Francisco Opera, and The Royal Ballet School. He was resident choreographer for Cincinnati Ballet for six years and he is also a repetiteur for the Antony Tudor Ballet Trust. He is currently Resident Choreographer at American Repertory Ballet.

Nell Flanders is the Assistant Conductor of the Princeton Symphony Orchestra. Flanders has led performances with the Buffalo Philharmonic Orchestra, the Chelsea Symphony, Mannes Orchestra, Peabody Symphony Orchestra, and the Queens College Orchestra, among others. During 2016-17 she served as cover conductor with the Peabody Opera Theater, a role she also filled with the Buffalo Philharmonic for part of their 2014-15 season. Deeply committed to educating the next generation of musicians and music lovers, Flanders leads the Symphony Orchestra at the Manhattan School of Music Precollege Division where she also teaches conducting and violin lessons and coaches chamber music.

AMERICAN REPERTORY BALLET (ARB) - American Repertory Ballet’s mission is to bring the joy, beauty, artistry, and discipline of classical and contemporary dance to New Jersey and nationwide audiences through artistic and educational programs. Led by Executive Director Julie Diana Hench, Artistic Director Douglas Martin, and School Director Aydmara Cabrera, the organization comprises: the preeminent professional classical and contemporary ballet company in the state; Princeton Ballet School, one of the largest and most respected non-profit dance schools in the nation; and ARB’s Access & Enrichment initiatives, including the long-running and acclaimed DANCE POWER program. ARB has been consistently designated a “Major Arts Institution” by the New Jersey State Council on the Arts for the past two decades and has repeatedly been awarded a Citation of Excellence by the Council.

PRINCETON SYMPHONY ORCHESTRA (PSO) - The Princeton Symphony Orchestra is a cultural centerpiece of the Princeton community and one of New Jersey's finest music organizations, a position established through performances of beloved masterworks, innovative music by living composers, and an extensive network of educational programs offered to area students free of charge. Led by Music Director Rossen Milanov, the PSO presents orchestral, pops, and chamber music programs of the highest artistic quality, supported by lectures and related events that supplement the concert experience. Through PSO BRAVO!, the orchestra produces wide-reaching and impactful education programs in partnership with local schools and arts organizations that culminate in students attending their live orchestral performance. The PSO receives considerable community support from the Princeton community and the New Jersey State Council on the Arts, regularly garnering NJSCA’s highest honor. Recognition of engaging residencies and concerts has come from the National Endowment for the Arts, and the PSO’s commitment to new music has been acknowledged with an ASCAP Award for Adventurous Programming and a Copland Fund Award. The only independent, professional orchestra to make its home in Princeton, the PSO performs at historic Richardson Auditorium on the campus of Princeton University.