The festivities included light fare, live music,
and plenty of time for socializing,
as well as a special season preview. 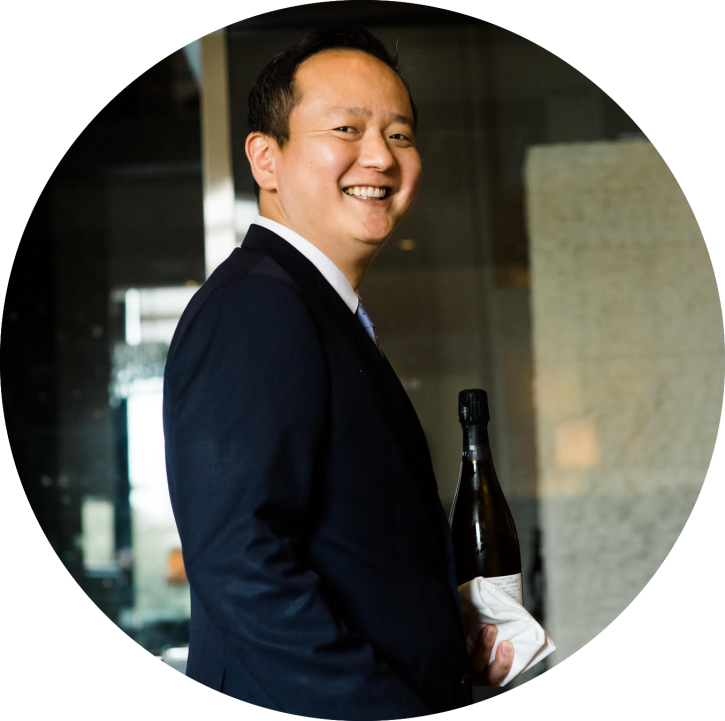 As Head Sommelier, Hak Soo Kim oversees Per Se’s wine program, nightly changing wine pairings, and team education and reports to Beverage Director Michel Couvreux. Hak Soo joined the restaurant in 2018, and under the tutelage of Michel, was named Assistant Head Sommelier one year later. In 2021, he assumed the role of Head Sommelier.

Hak Soo found his way into wine after a lauded career under the guidance of Plácido Domingo at the Los Angeles Opera, where he specialized in Bel Canto repertoire and performed alongside the LA Philharmonic at some of the nation’s most notable venues, including the Hollywood Bowl and the Walt Disney Concert Hall.

Hailing from Seoul, Korea, Hak Soo is a graduate of Northwestern University and holds a bachelor’s degree in German. His interest in oenology was first piqued over a glass of Riesling he enjoyed while studying abroad in Germany. Today, Hak Soo is a Certified Sommelier through the Court of Master Sommeliers.

Instruments of the Indian Subcontinent
Talk
Free Event
Stay Up to Date: Sign up for email updates from the Princeton Symphony Orchestra and its flagship summer program the Princeton Festival.
Sign Up