Sierra Boggess is an Olivier nominated actress who is regarded as one of Broadway’s most beloved leading ladies. Best known world-wide not only for re-inventing the coveted role of Christine Daaé in Lord Andrew Lloyd Webber’s The Phantom of the Opera, but for Lord Webber himself going on record to say that “she’s the best, the best Christine certainly.” Sierra portrayed the role in the Broadway, West End, and the televised 25th Anniversary concert productions of Phantom.

Sierra made her Broadway debut as Ariel in Disney’s The Little Mermaid, receiving Drama Desk and Drama League Nominations, as well as the Broadway.com Audience Award for Favorite Female Breakthrough Performance. Her additional Broadway credits include Master Class, It Shoulda Been You, The Phantom of The Opera, and School of Rock. Off-Broadway credits include Love, Loss, and What I Wore and Music in the Air, alongside Kristin Chenoweth, for New York City Center’s Encores! Series. In the West End, she has appeared as Fantine in Les Miserables and originated the role of Christine Daae in Love Never Dies, the critically acclaimed sequel to The Phantom of the Opera, receiving an Olivier Award Nomination for her performance.

Sierra starred as Cinderella in the highly anticipated Hollywood Bowl production of Into the Woods where the Los Angeles Times raved of her “crystalline singing and gameness for comedy… Boggess’ Cinderella was enchanting.”  Prior to that she starred as Danielle DeBarbarac in the new musical Ever After at the Alliance Theatre as well as starred in the world premiere of the new play The Age of Innocence at Hartford Stage for which she received a nomination for a Connecticut Critics Circle Award for her portrayal of Countess Ellen Olenska.

Sierra's concert appearances include multiple engagements with BBC Proms at Royal Albert Hall, Lincoln Center’s American Songbook Series: The Lyrics of David Zippel, The New York Pops at Carnegie Hall, Broadway By The Year at Town Hall, Guys and Dolls at Carnegie Hall opposite Patrick Wilson, Megan Mullally and Nathan Lane, and The Secret Garden at Lincoln Center. She has toured with her cellist sister, Summer Boggess and musical director, Brian Hertz all over the United States as well as Japan and Australia with her concert show which has been preserved live and released on CD, Awakening: Live at 54 Below.

Most recently, Sierra released the album Together At A Distance, an album of classic and contemporary Broadway duets with her longtime friend and colleague Julian Ovenden. Additional recordings include School Of Rock, It Shoulda Been You, the 25th-anniversary concert of The Phantom of the Opera (also on DVD), the symphonic recording of Love Never Dies, The Little Mermaid, Andrew Lippa’s A Little Princess, Rodgers & Hammerstein: A Night at the Movies with the John Wilson Orchestra, Where The Sky Ends: The songs of Michael Mott, A New York City Christmas: A benefit album for ASTEP and more.  www.sierraboggess.com

Sierra Boggess brings personal warmth and amazing vocals to every pops performance with the Princeton Symphony Orchestra. She is an Olivier-nominated actress and one of Broadway’s... 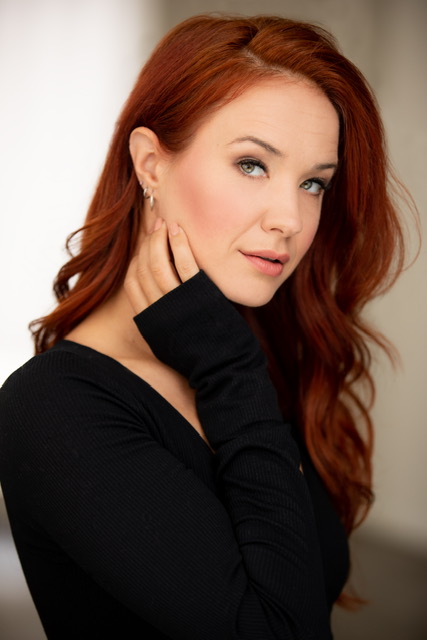