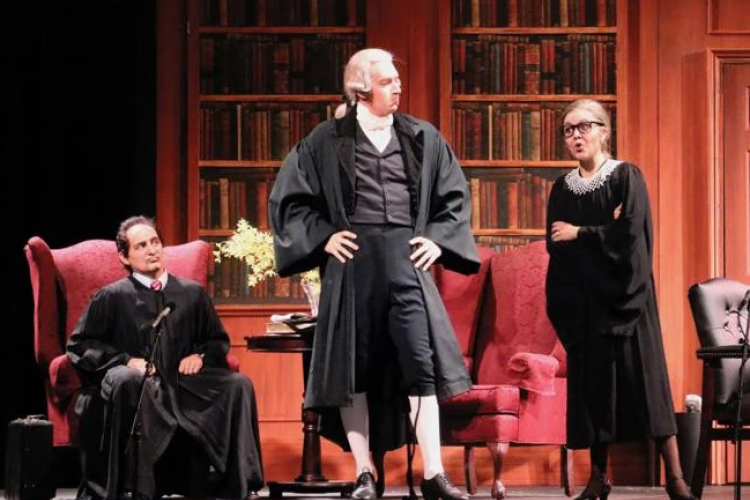 Composer Derrick Wang is far fairer than the heavenly emissary he depicts in his lusciously funny, divinely witty, and refreshingly impartial 2015 opera, “Scalia/Ginsburg,” being presented by the Princeton Festival at its Morven performance site on Saturday, June 18.

Rather than pander to a house that might favor the leanings of the late U.S. Supreme Court Justice Ruth Bader Ginsburg over her late colleague and close friend, Antonin Scalia, Wang stays neutral.

He does so not by letting either Mrs. Ginsburg or Mr. Scalia off their separate ideological and intellectual hooks, but by putting their individual judicial philosophies and attitudes towards the U.S. Constitution in sharp, keenly reasoned perspective and coming to the conclusion they balanced each other and served the Court and the Constitution well via their lively disagreements and contrapuntal dissents.