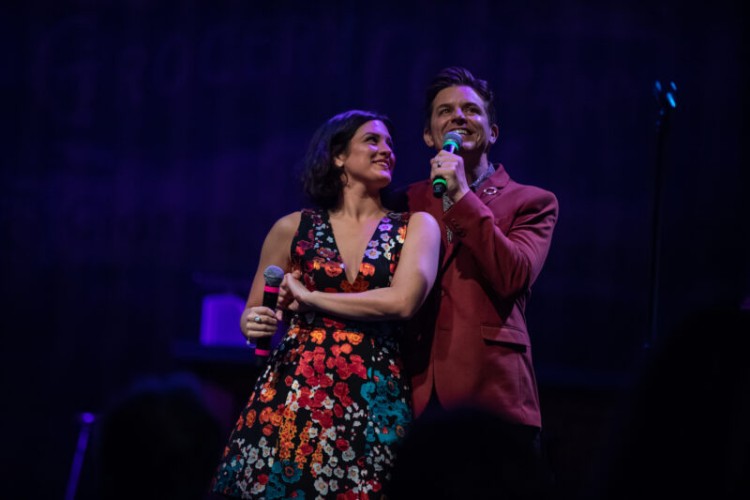 Into the Woods is a musical in which familiar fairy tale characters meet, and their stories intersect. In the prologue, the characters sing about their reasons for journeying into the titular forest. Cinderella sings, "I wish to go to the festival."

Last Wednesday she could have been referring to the Princeton Festival, which presented Yours Sincerely, Stephen Sondheim, a tribute to the show's late composer and lyricist. Vocalists Alyssa Giannetti and Jason Forbach performed several of the Broadway legend's songs, interspersed with quotes from his letters--many of which his correspondents have shared via social media since his death last November. Music Director Matthew Stephens accompanied the duo.