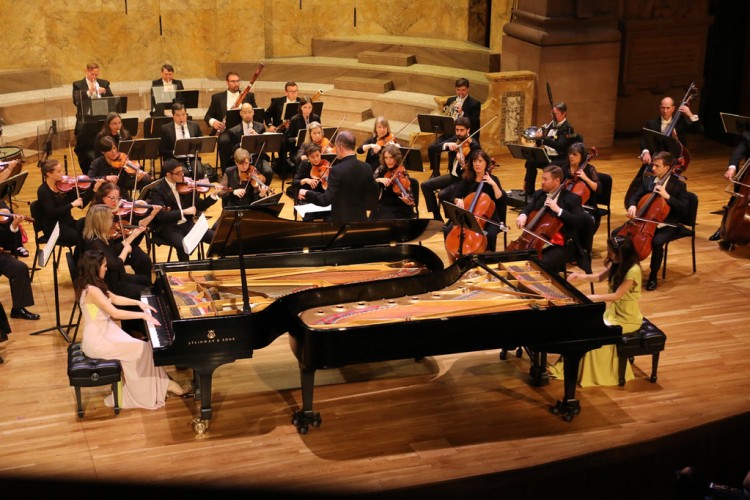 Wolfgang Amadeus Mozart composed more than 20 piano concerti which grace the repertories of symphony orchestras worldwide, but less than a handful of pieces for two pianos. To celebrate Rossen Milanov’s 10th anniversary as music director of the ensemble, Princeton Symphony Orchestra presented Mozart’s Concerto for Two Pianos and Orchestra in E-flat Major, featuring a 21st-century pair of virtuosic sisters in pianists Christina and Michelle Naughton. Bracketed by one of Mozart’s more popular operatic overtures and one of his more joyful symphonies, this Concerto proved to be the perfect vehicle to commemorate Milanov’s tenure as conductor of the Orchestra and welcome the audience to a new season.

The doubly virtuosic Naughton twins intuitively connect with Mozart's music and one another in this season-opening...