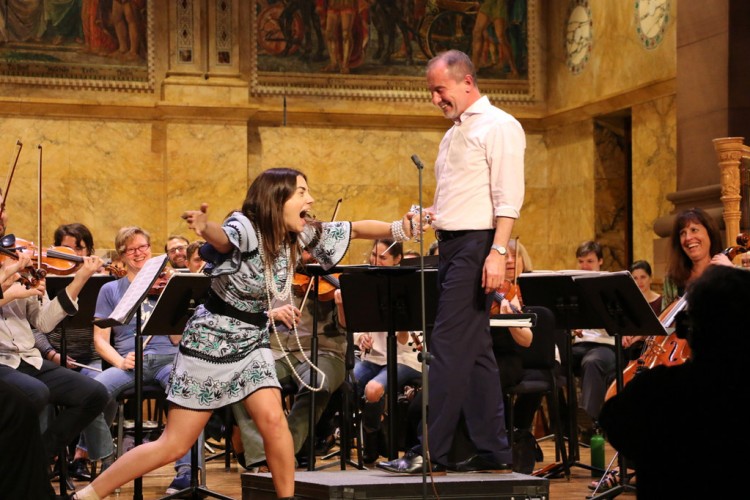 On September 21, 2019, the Princeton Symphony Orchestra (PSO) announced The Next 10! Campaign, an initiative to raise more than $3,000,000 while celebrating Rossen Milanov's 10th anniversary as music director. Under Rossen’s leadership, the PSO has achieved new levels of artistic excellence, community recognition, and engagement. These accomplishments provide a perfect springboard for launching the PSO toward even greater successes in the next decade.

Each donor may allocate their gift to the fund of their choice, or designate a specific level of support for both.

Rossen’s 10th anniversary and the PSO’s strong forward momentum make this an optimal time to launch the Campaign. The PSO’s success is derived primarily from:

The time is ripe for the PSO to build on its success by seizing this moment to reach for a new level of excellence with The Next 10! Campaign. This is an enormous and well-timed opportunity to pursue the PSO’s vision of creating extraordinary live musical experiences that give joy to our audiences and inspire them to think, feel, question, and learn.

To learn more about this campaign, contact Suzanne Wray, Director of Development, at 609-497-0020 or swray@princetonsymphony.org

Fund Options for The Next 10! Campaign A Campaign for the Princeton Symphony Orchestra Celebrating Rossen Milanov’s 10th Anniversary and Ensuring a Legacy of Excellence Gifts to...

The Next 10! Campaign Leadership The Campaign Committee is being ably steered by campaign chair and PSO Trustee Mark Larsen, and we are very proud to have as honorary co-chairs of...